4.0 Schools Expands to Include Breakthrough Ideas for Early Learners 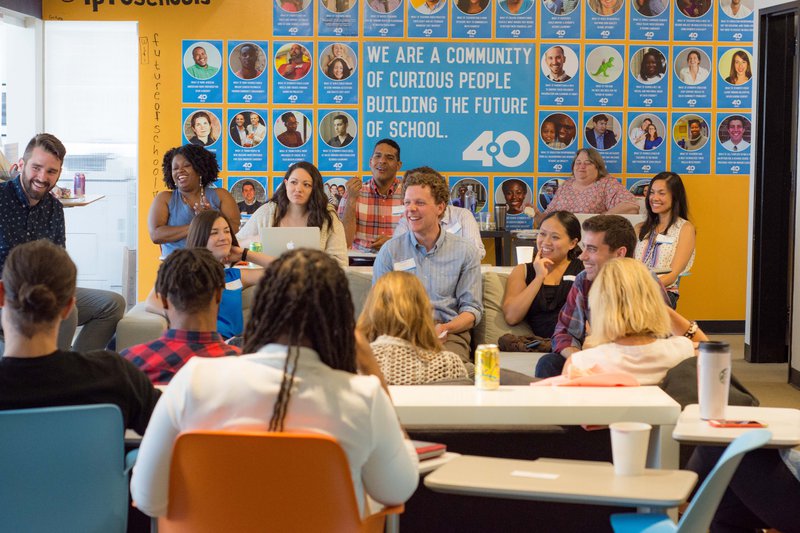 Melanie Richardson, a mental health professional, and Christine Neely, an educator, were twenty-year veterans in their respective fields and met as colleagues while delivering a community based literacy program to families in New Orleans. While parents recognized the importance of literacy development, many of them routinely asked for information about ages and stages of development, positive parenting practices, and appropriate discipline strategies for their young children.

Melanie and Christine looked around the early childhood landscape and realized a large segment of the population had limited access to environments that supported parents, early childhood educators, and offered quality learning experiences for early learners. They conceived of something different for those families and had a desire to create it, but after spending their entire careers working in other’s organizations, how could they even begin thinking about what it takes to start something new?

Matt Candler founded 4.0 Schools in 2011 after working multiple decades in education reform and witnessing that our most persistent problems were still nowhere near being solved. Actual innovation was minimal, new ideas that were taking hold were mostly coming from outside of the system, and failures were coming at the expense of children, families, and taxpayers. Matt and his team knew that there were great ideas within classrooms, schools, and communities — and they wanted to give the people with those ideas some tools to help bring them to life.

The 4.0 Schools team continues to push to answer the question, “How can we find smart, safe ways to test breakthrough ideas in schooling before we set up entire schools? Before we spend millions? Before we settle and scale suboptimal solutions for students and families?”

Finding solutions through the 4.0 Schools model

4.0 Schools connects, coaches, and invests in people who want to test their own breakthrough education idea and pilot it with students and families. Once they validate the demand and efficacy of schools, learning spaces, and tools, 4.0 Schools connects successful pilots with downstream partners who can help them grow and scale. In its seven-year history, 4.0 Schools has trained 50+ cohorts of 700+ leaders whose 200+ pilots have catalyzed 100+ ventures. They now impact more than 1 million students and have earned or raised more than $20 million collectively.

As an organization focused on innovation, 4.0 Schools itself is also constantly testing, evaluating, and evolving. Several years ago, 4.0 revised some of their programming with the goal of inclusivity. They restructured their programs to run more frequently, with increased financial and coaching support and cater specifically to people working on their idea part time. Essentials is a three-day weekend workshop that prepares people to test the earliest stage of an idea followed by nine weeks of follow on coaching. Tiny is a more intensive six-month experience that includes a month of virtual courses, a three-day camp in New Orleans and five months of one-on-one coaching by a dedicated advisor for teams that are ready to start longer-term pilots. Tiny is accompanied by a small grant to run the pilot once back in the team’s own community. These iterations in offerings have drastically shifted the diversity among these early-stage entrepreneurs, and the most recent alums of 4.0’s programs are over half people of color and over half women. 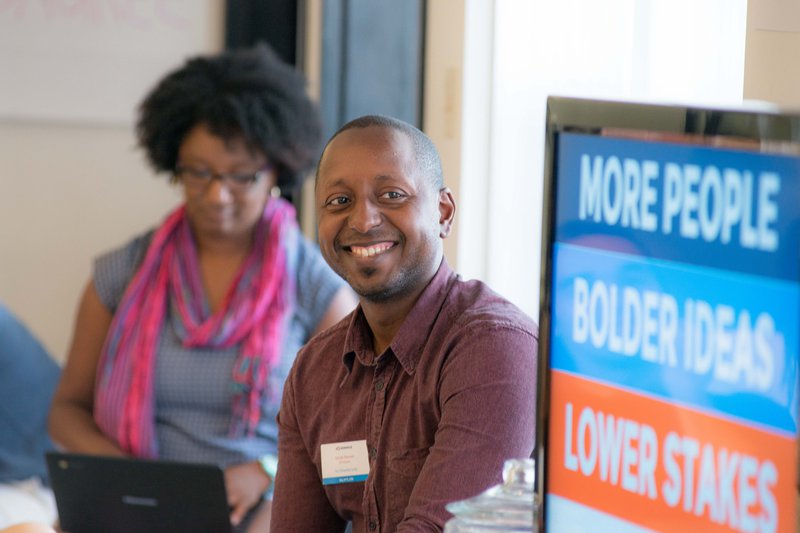 This evolution did not stop there as 4.0 Schools continues to learn from the communities they serve. While 4.0 Schools has traditionally catered to entrepreneurs serving children and families in or outside of the K-12 system, recently, they saw an increase in people applying for their programs with ideas targeted at children birth to five and their parents. Taking note of this trend, 4.0 Schools also recognized their core programming, philosophies, and approaches are applicable to all age groups, including early childhood. They saw great opportunity in more intentionally targeting early childhood entrepreneurs and building their pipeline of early childhood teams over the next three to five years. 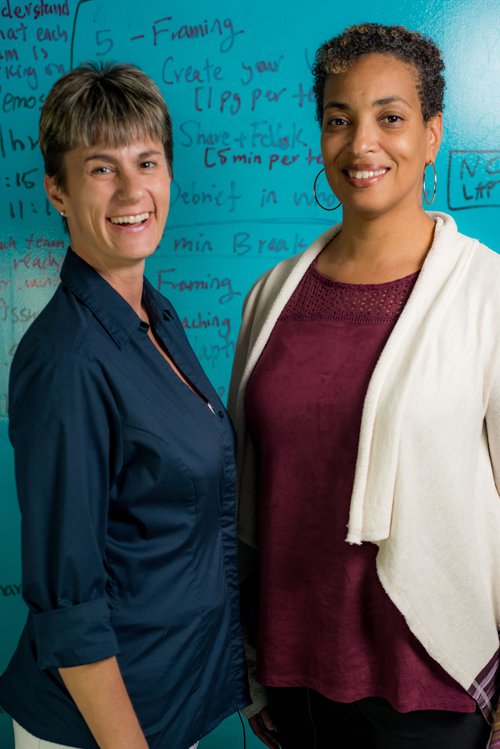 Omidyar Network is excited to partner with 4.0 Schools as they enable more shared learning among the K-12 and early childhood problem-solvers. We are thrilled that today 4.0 Schools announced they are accepting applications for the next wave of Essentials and Tiny fellows and committed to including those with innovations for our youngest learners.

Melanie and Christine did not wait for this call to action. Knowing how critical this period of brain development is for children birth to three and seeing how the lack of support was affecting their community, they went to 4.0 Schools to further develop their idea. Their new organization, TrainingGrounds, opened its first We PLAY Center in April of 2017, a free play space where caregivers and children birth to three engage in quality early childhood activities that promote social and cognitive skills. With the play center as the anchor, Melanie and Christine also work within the community by providing learning opportunities to parents, caregivers, preschool teachers, childcare workers, and even K-12 educators on the science of early brain development. Working with the adults, they provide strategies to maximize the brain development of the children during this critical period, or in the case of K-12 educators, to better understand how the children in their schools have been impacted by their early experiences. While they are still early in their journey, Melanie and Christine are building a model that could be replicated in communities across the country to support parents, educators and most importantly, our youngest learners.

4.0 Schools is building a community of innovators in education across the country and making it safe for many people to test breakthrough ideas. At Omidyar Network, we are focused on increasing kindergarten readiness in US education, and we know that for every nine new ideas that are brought to bear against K-12 education, only one new idea targets early childhood. We are excited that the community, the tools, and most importantly the team at 4.0 Schools will continue their commitment to K-12 education and will increasingly create more space for early childhood entrepreneurs to test new ideas and help them to grow and thrive.

4.0 School’s latest fellowship application opened today and will close on April 23rd. Learn more about applying for one of 4.0’s Fellowships.