Why We Invested: Code.org 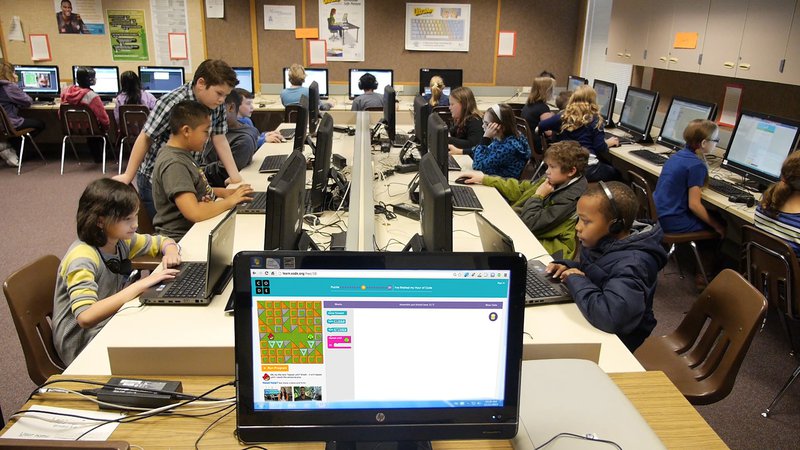 One million of the best jobs in America may go unfilled if our children don’t learn to code. And even for those who will not become professional coders, computer literacy and the basic logic and critical thinking skills gained through computer science education are becoming increasingly crucial to achieving success in the workplace and beyond. Yet despite the enormous role that computers play in our lives, in 2013, computer science was virtually absent from school curriculums while the tech industry struggled to recruit diverse talent.

Hadi Partovi, CEO of Code.org, understood this needed to change and with his twin brother, Ali Partovi, he founded Code.org guided by the belief that every student in every school should have the opportunity to learn computer science. Code.org is a nonprofit dedicated to expanding access to computer science education, and increasing the participation of women and underrepresented minorities.

With enthusiastic support from teachers, bipartisan supporters, and celebrity champions — from President Obama to Sheryl Sandberg to Golden State Warriors All-Star Draymond Green — Hour of Code has reached a remarkable 100 million students in more than 180 countries in just three years. With girls, minorities, and students on free or reduced meals accounting for over 50 percent of students reached, Code.org has driven unprecedented success in reaching historically underrepresented students.

This week, in an effort to increase both accessibility and awareness, Code.org will host its annual flagship event: Hour of Code. Code.org has established partnerships with over 120 school districts, 6 states, and over 40 regional partners to build teaching capacity throughout the United States.

As the Global Education Lead with Omidyar Network and a recent addition to Code.org’s Board of Directors, I have the opportunity to work with this high impact organization. Their momentum in just three short years is extraordinary, having engaged 10 percent of all of the students in the world in Hour of Code by pushing to the forefront an emerging computer science movement. Our recent investment in Code.org will be used to further expand computer science into underserved schools and build a more sustainable and scalable model for relevant teacher training.

What is truly remarkable about Code.org’s strategy is their ability to engage teachers and students through a consumer-centric approach that makes learning fun and engaging. Their teacher training and curriculum is world-class. This year Code.org is partnering with Minecraft, using the popular gaming platform to create a branded, beginner coding tutorial that blends critical thinking, problem solving, technical education, and fun. And Code.org is innovating in partnership beyond gaming. Code.org also partnered with Disney to create a branded Moana tutorial targeted at influencing young girls to try coding. They are also partnering with a variety of athletes and celebrities to help get the word out.

While Code.org has certainly accomplished a great deal in a short amount of time, the need for their work persists. The U.S. Bureau of Statistics shows that computing occupations make up two thirds of all projected new jobs in STEM fields, while 40 percent of schools in the U.S. do not teach computer science. Even while we don’t need all students to become computer programmers, all of our students deserve access to this foundational knowledge as computers become more and more critical to every sector. We look forward to Code.org’s continued success in helping more students gain access to a coding education — unlocking the valuable career and economic opportunities that come with it.