Why We Invested: Ascend at the Aspen Institute 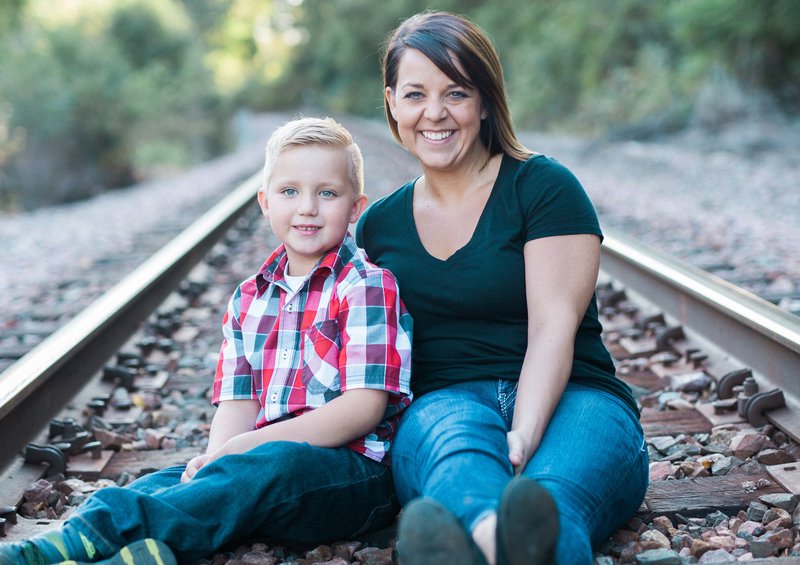 I want to show people that you shouldn’t be ashamed to get help, you should feel empowered — that it can be a beginning for you, for your dreams to flourish and grow.

When Brittany Block was in her early 20s, she was building a successful career: earning a cosmetology credential and supervising airline operations. Her life was upended when she met a partner that she wanted to build a life with and became pregnant. When the relationship ended, Brittany found herself without a partner or family support, a newborn, and no degree or work prospects, as her cosmetology credential was not recognized. Fortunately, Brittany found the Jeremiah Program, a holistic national residential program with a two-generation (2Gen) approach — supporting single moms to excel in postsecondary education, as well as their children to succeed in their early years. The organization provided a pathway to safe, affordable housing, early childhood education services for her son, and supported Brittany in earning her bachelor’s degree in 18 months. Jeremiah Program was founded by Gloria Perez, an Aspen Institute Ascend Fellow, where she is part of a cohort of leaders from across the country driving innovative ideas and scaling proven strategies to help families achieve educational success and economic security.

Student parents have incredible motivation, grit, and drive to increase their job prospects through postsecondary success. Yet, they face meaningful challenges to graduate.

The New Face of Postsecondary Students

Brittany is one of nearly 5 million postsecondary students who have a dependent child, or 26 percent of all postsecondary education students — a group also referred to as “student parents.” Those student parents have incredible motivation, grit, and drive to increase their job prospects through postsecondary success. Yet, they face meaningful challenges to graduate. They incur more costs, notably childcare costs, and typically have to work and borrow more debt. Additionally, on average they take longer to graduate because of the many factors in their lives that cause them to take fewer classes at a time or move in and out of formal education. As a result, many student parents do not graduate. At the national level, student parents are 10 times less likely to complete a bachelor’s degree within five years than students who do not have children, even though student parents on average have higher GPAs. Additional research shows that parents of preschool-aged children are roughly twice as likely to drop out of college as those with no children, and that they accumulate significantly fewer credits each semester. When student parents drop out, their children do not benefit from increased educational attainment and increased income.

As a student parent, having a postsecondary credential could potentially double that parent’s income and meaningfully increase the education outcome potential for the child. For families with young children who have an annual income of $25,000 or less, a $3,000 increase during the years of early childhood yields a 17 percent increase in adult earnings for those children. This is critical when children in families with low-incomes — or economically insecure households, are nearly twice as likely to not be prepared for kindergarten.

Our Investment in Ascend

Given this context, we are excited about our new partnership with Ascend at the Aspen Institute to accelerate postsecondary success for student parents. Launched at the Aspen Institute in 2010 under the leadership of Executive Director Anne Mosle, Ascend is the national hub for breakthrough ideas and collaborations that move children and the adults in their lives toward educational success, economic security, and health and well-being. As a policy program of the Aspen Institute, Ascend connects the dots, bringing in systems change and leadership aspects of intergenerational cycles of opportunity. Over the past eight years, Ascend has been the catalyst of a vibrant and growing 2Gen field of policy and practice by launching a leadership program supporting innovators, creating a national network of hundreds of organizations working in all 50 states, and fueling policy shifts for stronger outcomes for families. 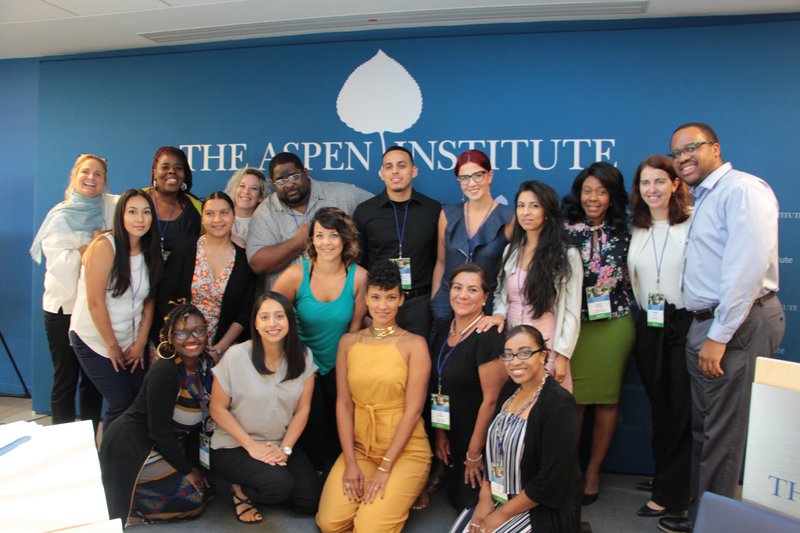 Parent advisors and staff from Ascend at the Aspen Institute and Omidyar Network at a recent meeting.

Postsecondary success for parents had always been a core 2Gen component of Ascend since inception, and we are excited for Omidyar Network’s funding to Ascend to further build on this important prong of their work. Ascend will hold various roundtables, convening a cohort of Parent Advisors and postsecondary leaders from around the country to share parent perspectives, build on best and promising practices, and identify relevant data and policies to construct a more supportive, effective learning environment for parents.

Core components of a 2Gen Approach. Image: Ascend at the Aspen Institute

We are proud to support Ascend’s extensive network and convening power to inspire a surge of innovation and cross-sector network of leaders — policymakers, practitioners, researchers, and student parents — developing and implementing new strategies to increase the postsecondary success of student parents to set the foundation for elevating the awareness of student parents and spreading best practices for addressing their needs.

With the support of the Jeremiah Program, Brittany graduated with a BA in business administration from St. Mary University of Minnesota and is now applying her digital marketing expertise to grow a multi-store hairstyling operation. She is a brand ambassador for the Jeremiah Program and recently joined the Parent Advisor group at Ascend where we will be looking forward to working with her and a council of 16 student parents to directly advise Ascend in formulating and guiding new solutions. We need system change, and more student parents like Brittany being part of the solution and helping more children and parents benefit from increased economic mobility to build inter-generational opportunities.