Parents are both the first teachers for their children and stewards for their future learning. Interactions between child and parent in the first few years of life are tremendously important for a child’s brain, language, and social-emotional development. The home learning experiences of young children, however, can vary dramatically.

Parents want guidance on the most effective ways to foster early childhood development, yet many parenting programs aren’t widely accessible either due to costs or the time demands that they place on parents.

As a result, more than fifty percent of children from low-income families and one in four children from higher-income families enter kindergarten not ready to learn. This leads to them being far less likely than other children to master basic skills, less likely to go to college, and much more prone to dropping out of school. We want all children to have the same opportunities to establish a strong foundation in their early years and achieve their full potential later in life.

ParentPowered is one new company leveraging the power of mobile technology to bring early education support to the parents who need it. The company’s first tool, Ready4K, uses principles of behavioral economics to send simple text messages three times per week to parents of young children. These texts provide digestible information on child development, as well as suggestions for activities that parents can do to improve their child’s early learning by building on existing family routines such as bath time. Research from Stanford University’s Ben York and Susanna Loeb, who now serve as ParentPowered’s CEO and academic research advisor respectively, shows that these texts messages are having meaningful and statistically significant impact; Parents find supportive text messages useful and the messages help parents engage in more literacy activities at home and at school. 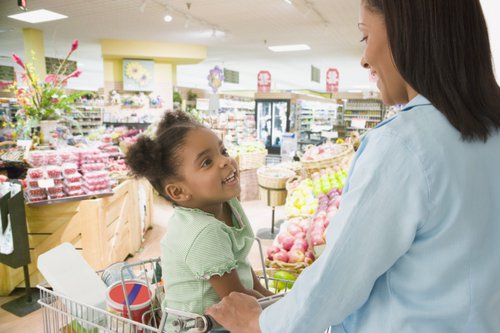 Omidyar Network invested in ParentPowered’s seed round of funding based on both the depth and potential for breadth of impact:

Depth of Impact: Few early-stage companies have a clear evidence base demonstrating impact. In a randomized controlled trial in the San Francisco Unified School District, Loeb and York’s research found that children of parents that received the text messages gained two to three months of literacy skills, compared to children whose parents did not receive these messages. Additionally, the same study showed that the texts increased parent involvement at school and at home. These results are underpinned by parents’ positive response to texts, which shows that parents find the messages useful and helpful. The team is currently conducting several follow-up studies to test new extensions to texting parents.

Potential for Breadth/Scale — The model is low-cost, with easy implementation and limited startup friction for schools, health providers, and community organizations. In addition, since text messaging applications are native to cell phones and widely used, there isn’t a learning curve for parents. ParentPowered’s content library covers the entire birth to third grade spectrum in English and Spanish, and it can be expanded to include additional content, both for the age groups it now serves, as well as older or younger children, including pre-natal. The ParentPowered approach can also be replicated in other countries and other languages. Because ParentPowered’s partnership model includes a free tier of support, schools and institutions can make the tools available to low-income families who otherwise might lack the ability to pay. Today, ParentPowered is texting over 100,000 families worldwide.

We at Omidyar Network are excited about the potential to leverage mobile technology and principles from behavioral economics to increase parental engagement and kindergarten readiness and ultimately have more children gain a strong foundation for a lifetime of learning.