Equitable EdTech from the Top-Down 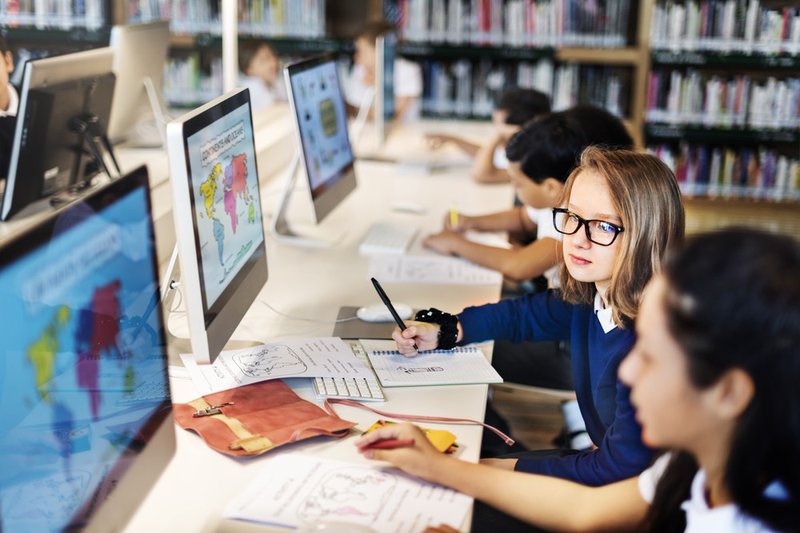 The Brookings Institute estimates that it will take 100 years for the world’s poor children to reach the same education levels as the wealthy at today’s pace. It’s a daunting statistic. However, at Omidyar Network, we believe educational technology (known as EdTech) has the potential to make a difference and narrow that gap. The key is to build ecosystems dedicated to what we call Equitable EdTech — using technology to empower all learners, not just those in privileged communities.

To figure out how to get there, Omidyar Network published a report, “Scaling Access & Impact: Realizing the Power of EdTech,” earlier this year. In partnership with RTI International, we commissioned over 100 interviews with teachers, school principals, education administrators, policymakers, EdTech experts and entrepreneurs in Chile, China, Indonesia, and the United States. In each of these diverse geographies, EdTech is used by different types of learners and a broad range of schools. Not surprisingly, it turns out that equitable EdTech is not a one-size-fits-all proposition nor a silver bullet. To really work, and work at scale, countries must tailor ecosystems to their culture and systems of learning.

Yet successful ecosystems share common elements and practices from which we can learn. Those components include viable business models for EdTech entrepreneurs; an information and communications technology infrastructure backbone to support the distribution and use of EdTech; an EdTech policy backed by legislation and funding; and committed leaders at every level who are dedicated to bringing this vision to life. 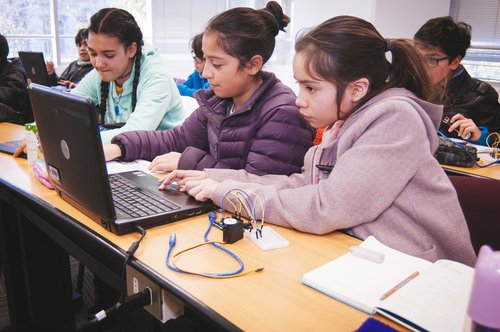 Interestingly, the US and Chile are examples of two vastly different countries who have made great strides toward achieving Equitable EdTech using similar public policy-driven, nationwide, school-based approaches. (To learn how families in other countries such as China and Indonesia reach similar goals by investing in personal learning solutions, click here.)

The US and Chile are examples of two vastly different countries who have made great strides toward achieving Equitable EdTech using similar public policy-driven, nationwide, school-based approaches.

Chile and the US have been at this a long time. The US introduced EdTech as a key educational component as early as 1983. Since then, policymakers have launched several EdTech initiatives, including the National Education Technology Plan(NETP) in 1992 and Race to The Top (RTT) in 2008, both of which increased students’ access to technological learning tools. These well-branded initiatives, supported by a steady stream of government, philanthropic, and private funding, have enabled 99 percent of US schools to have some form of internet connectivity.

Similarly, in 1992, Chile paved the way for Enlaces, its government-run EdTech program, when educational experts proposed finding ways to use technology to connect teachers and pool resources. Though the internet did not yet exist, their strategy hit upon what can make technology powerful: The ability to build communities with common goals and enable them to share resources. By collaborating with the government telecommunications agency SUBTEL and higher education institutions, Enlaces built an infrastructure, developed digital educational tools, and installed in-school computer labs with a flexible, long-term vision. As a result, roughly 90 percent of non-private schools have access to technology today, and strong teacher training has helped put it to good use. 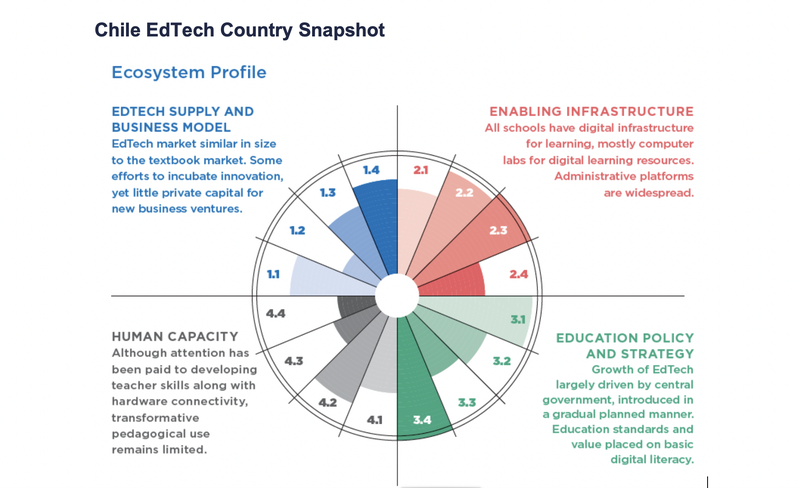 By taking their time to lay down lasting foundations, both equitable EdTech environments have been able to address shortcomings in the classrooms. For instance, EdTech in the US has helped teachers juggle demands on their time. On any given weekday, an educator must guide 20–30 students with different learning needs and personalities through a state-mandated curriculum, frequently administering individual assessments, followed by hours of lesson planning and paperwork. These demands have given birth to an $18 billion EdTech industry — one that empowers teachers with hardware, software and other IT services to complete administrative tasks more efficiently, automatically administer assessments and personalized curriculum, and even flip classrooms.

Policymakers helped create and nurture the EdTech industry with ConnectEd, an initiative that negotiated for affordable technology in lower-income districts and funding to train teachers to use new tools. All of which have freed teachers up to focus on the craft of teaching and learning — be it introducing more innovative project-based approaches, tending to behavioral and social dynamics or spending extra time with struggling students.

Our report modeled four categories and 16 components of Scaling Equitable EdTech on a National Basis. Download the US Country Report for further country-specific learnings.

Chile lacks the funding and corporate infrastructure of the US, but its sophisticated and means-based policies have created targeted grant funding and other subsidies to support lower-income schools to test, evaluate and scale EdTech. For instance, in 2008, a new subsidy expanded budgets of underperforming schools by as much as 50 percent. Similarly, another government initiative that awarded laptops to seventh grade students from the two lowest quintile incomes (bottom 40 percent) helped push computer-to-student ratios in secondary school from 44 computers per student in 2000 to 4.7 in 2012.

No educational system is perfect. The US cannot measure its EdTech success reliably because it lacks the political will to sustain a comprehensive set of educational standards at the national level, just as many states edge away from the Common Core State Standards introduced in 2010. Chile may have clearer standards, but wealthy students consistently outpace poorer ones by those measurements — indicating that access to educational technology is not synonymous with quality education.

Nevertheless, both countries have established strong ecosystems that can slowly chip away at these problems and move from equitable access to both equitable and measurable progress. We believe that if they continue to invest in and strengthen the four main tenets of the study’s ecosystem framework — fostering a marketplace, improving infrastructure, implementing smarter policy and mobilizing talent for Equitable EdTech — they will make real progress towards more equity in education and learning.